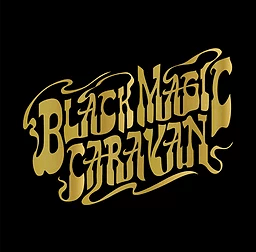 It’s early Autumn in Northern Utah, which means it’s perfect weather for driving with the windows down and cranking some tunes. If you’re the responsible type, I know you don’t have many plans this autumn. That means you have no reason not to cruise up the nearest canyon and let nature wow you with the fireworks show while you blast some open-top rock tunes from Salt Lake City rock band: Black Magic Caravan.

One of my favorite aspects of owning a recording studio is that it provides opportunities to build and strengthen bonds with people while creating music. Needless to say, I really enjoyed hanging out with some of the nicest, most genuine dudes whose musical influences (Queen, Aerosmith, Led Zeppelin, Guns N’ Roses, The Eagles, Bad Company, Rolling Stones, and Sir Elton John) align with some of my own icons. These fine purveyors of rock were gracious enough to sit down and endure some questions ahead of the release of their next single, “Bad Boy Swagger” which will be available October 1st, with the rest of the EP releasing later that month.

RSR: One of my favorite things about your group’s style is that each part sounds carefully crafted to fit around one another in a really natural sounding way. What’s your songwriting process like?

BMC: Our Songwriting usually starts with a guitar riff, bass line, piano part, or vocal melody. Then the band jams it over a few times and we see where it takes us. Inspiration will usually come from that initial part that one of us brought to the band.

RSR: Do you run into much writer’s block this way?

BMC: We’ve had a lot of our music come out pretty organically which we contribute to the “vibe” we have together as a band. When we do experience writers block we try to switch up a part or try different ideas until the inspiration comes back. We see writer’s block as more of an indicator that the part or song isn’t a finished idea and isn’t heading in the right direction.

RSR: What was your first impression of the recording process?

BMC: This was our first time as a band recording a record. Working with Rocket Skates Recording was a great experience for us. Being new to the studio/recording we had a few bumps in the road, but overall it was a smooth and easy process. Nate really helped give us a sense of direction throughout the recording process.

RSR: Did the recording process help you hone your skills as an artist?

BMC: Absolutely. Laying down your songs part by part and hearing it back in live time gives you a better sense of how others hear your music. Being able to listen to your music without playing it isn’t something we as musicians often get to do. It really helps you dial in your “chops” and get tighter as a band.

RSR: What advice would you give an artist about to hit the studio?

BMC: Do pre-pro! Make sure that you’re all sure of your parts and what you’re doing. Allow input and opinions on takes and parts. Last but not least, have fun because you’re making a record and Nate’s gonna make it sound killer.

RSR: What sets Rocket Skates Recording apart from other recording studios in Utah for you?

BMC: It has a one of a kind live room, which has killer vibes/acoustics and a great lounge to hang out in or do vocal warm ups. Rocket Skates also has a variety of professional equipment.

RSR: How can people get in touch with you?

BMC: To find us on Facebook or Instagram just look up Black Magic Caravan. We are also on all streaming platforms (Spotify, Apple Music, Pandora, etc.). Email us at: blackmagiccaravan@gmail.com

If you’re interested in doing pre production, recording, or mixing, please feel free to contact us at: info@rocketskatesrecording.com